a lifetime of protection.

Since 1984, Advanced Enterprise Roofing has been providing the homeowners of Middlesex County with stellar residential roofing services. Our fully licensed and insured roofing contractors are experts in all types of roofing systems and can quickly and efficiently detect and correct all types of issues.

Whether you need your storm-damaged roof repaired or your existing roof has exceeded its life expectancy and needs to be completely replaced, you can count on our team of expert technicians to deliver outstanding results. When our Herberts, NJ roof repair contractors are on the job, you can feel confident knowing that you’ll receive exceptional care.

A leaking roof is a homeowner’s worst nightmare. Besides being a major nuisance, a roof leak is a serious problem, and if the cause isn’t diagnosed and repaired quickly, it can cause significant damage to your Middlesex County home. Adding to the frustration is the fact that trying to identify the cause of a leak can be tricky because water usually travels away from the source, which makes pinpointing the exact cause of the problem a challenge.

To help save you time and frustration, the following are some of the main reasons why Middlesex County residents require leaking roof repair services. It’s important to note, however, that no matter the cause, if you’re experiencing a leaking roof, don’t delay; contact a Herberts, NJ roof repair specialist right away! 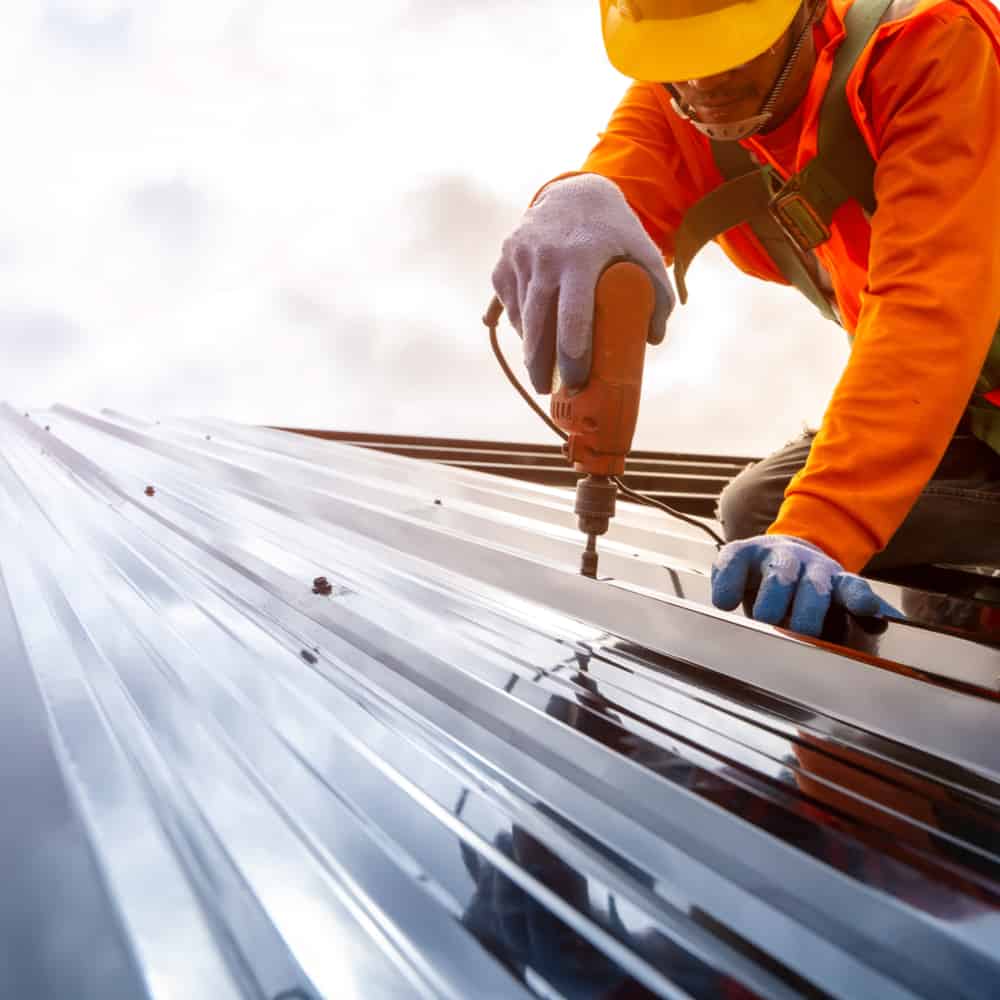 As long as it’s composed of quality roofing materials and it’s properly installed, a roof should last for quite a while; however, like anything else, even the most durable roof won’t last forever.

The average life expectancy of a roof is about 20 years. Constant exposure to extreme conditions, however, such as the harsh rays of the sun, severe temperatures, strong winds, heavy rains, and dense snow and ice, will deteriorate a roof, and reduce its ability to effectively block out water. If your existing Middlesex County roof is older, whether or not it’s leaking, contacting a Herberts, NJ roof repair contractor would be a wise decision.

Skylights flood your home with natural light and can improve air circulation, making them an asset; however, if they aren’t installed properly, they’re subpar quality, or they are older, these overhead windows can become a serious liability, as they can flood your home with water. If a skylight is poorly constructed, if it isn’t installed properly, or if it’s aged, don’t be surprised if you’ll have to call a leaking roof repair specialist the next time it rains.

Flashing is a vital component of a roofing system. This thin sheet of metal is placed over transitional points on your Middlesex County roof, where large volumes of water will pour down and where the risk of absorption is high; around dormers and skylights, for example. If it’s installed properly and it’s in good condition, flashing will prevent water from penetrating through your roof; however, if it’s damaged, it’s older, or if it was properly installed, there’s a good chance that a leak will occur.

Accumulated debris, such as leaves, twigs, pine needles, and even animal nesting materials, can cause roof leaks. If debris collects on top of your Middlesex County roof, water can get trapped behind it and penetrate the roof. If your house is surrounded by trees or a lot of wildlife lives nearby, you may need to call a leaking roof repair contractor at some point.

Winters in Middlesex County can be brutal. Heavy ice and snow can lead to the development of ice dams on your roof. An ice dam is a ridge of ice that forms on the edge of a roof or around changes in the slope of the structure, such as around dormers. When an ice dam develops melting snow and ice have nowhere to go, so rather than running off of your roof like it’s supposed to, the water will penetrate through it, causing a leak.

Whether it’s minor or major, and whether or not you know the cause, if your roof is leaking, don’t delay; contact Advanced Enterprise Roofing right away! With nearly 40 years of experience and a proven track record of success, you can count on our Herberts, NJ roof repair company to offer prompt and reliable results. Call 732-500-0838 today!

Some information about Herberts, NJ

East Brunswick is a township in Middlesex County, New Jersey, United States. The suburban community is part of the New York City metropolitan area and is located on the southern shore of the Raritan River, directly adjacent to the city of New Brunswick. According to the 2010 United States Census, the township’s population was 47,512, reflecting an increase of 756 (+1.6%) from the 46,756 counted in the 2000 Census, which had in turn increased by 3,208 (+7.4%) from the 43,548 counted in the 1990 Census.

The general area of central New Jersey was originally occupied by the Lenape Native Americans. According to a 1677 bill of sale now in the New Jersey State Museum in Trenton, New Jersey, Thomas Lawrence, a New York baker, purchased thousands of acres of land from local Native Americans named Querameck, Kesyacs, Isarick, Metapis, Peckawan, and Turantecas.

The L.J Smith Farmhouse, now the headquarters for the East Brunswick Historical Society

In this document, the area is called Piscopeek, which later become known as Lawrence Brook, after its purchaser. Around the late 17th century, settlers began arriving in the northern part of East Brunswick, and by the mid-19th century, a small settlement had formed in the southeastern part, known as the Old Bridge section of the town, an area that was placed on the National Register of Historic Places in 1977, the Old Bridge Historic District.

The area today known as East Brunswick was incorporated in 1860 from parts of North Brunswick and Monroe townships, including the community of Old Bridge. Originally a farming community, suburban settlement started in the 1930s with improved road access. Large scale housing and road construction, especially after World War II, transformed East Brunswick into a more suburban community. The extension of the New Jersey Turnpike to East Brunswick in 1952 led to a sharp spike in population growth, with the 1950 Census population of 5,699 more than tripling to 19,965 as of the 1960 enumeration.

Here are some roofing-related links:

let's give your property a breath of fresh air.